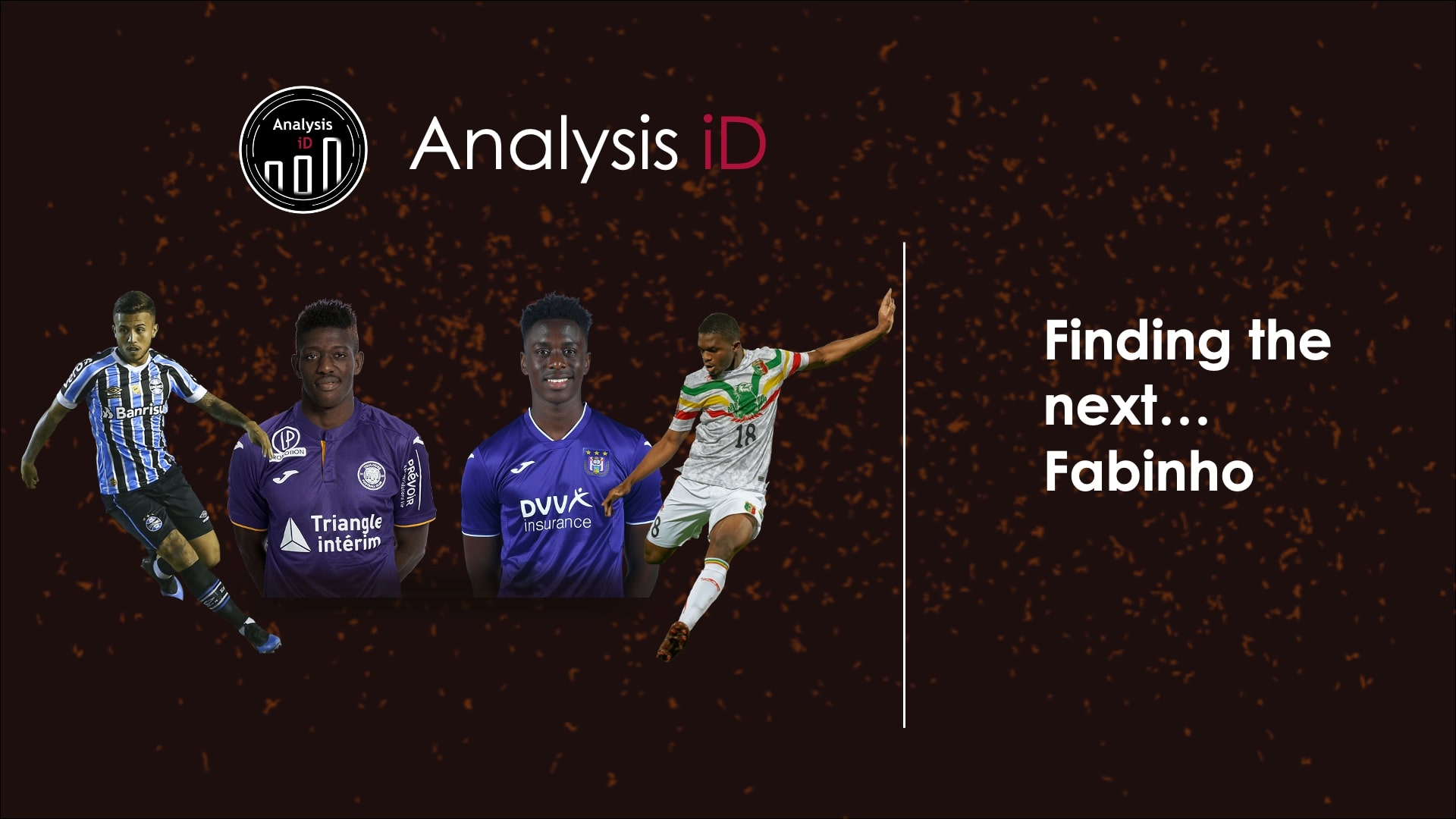 If you haven’t read my previous blog (http://analysisid.com/finding-the-next-jack-grealish/), I recently introduced a simple 3 step approach to recruitment. The idea is: you decide the type of player you want, use a machine learning model to highlight players who are stylistically similar from a statistical point of view, use another data tool to see which of these players are any good and then use video analysis to see which of our shortlisted players pass the eye-test.

The 3 steps are as follows:

For this blog I thought it would be a good challenge to try and find the next Fabinho. I love the Brazilian. He’s such a unique player – his combination of superb athleticism, ability to cover large gaps, defensive nous and quality on the ball. Off the top of my head, I struggle to think of many players who are “similar” to him. I thought this would be a good test of the player similarity model.

So who would be shot out of the player similarity model for Fabinho?

His Brazilian colleague Casemiro is the most similar, in my database. Eder Balanta is an interesting name, once highly touted young CB now playing as a holding midfielder in Belgium. Starboy Eduardo Camavinga is right up there as is former Arsenal man Bennacer, who has been heavily linked with moves this summer. Stats-fans favourite Ibrahim Sangare is there as is Kalvin Phillips of Leeds, who had a very good game against Liverpool recently.

ADDING A U23 FILTER

So, let’s imagine we are looking for U23 players only… what does our shortlist look like then?

Some interesting names here, some I’m familiar with and some I’m not. Remember, this player similarity model is about STYLE only, not quality.

Which of our highlighted players are actually any good, then?

To make it more interesting, let’s ignore Camavinga and Bennacer who will only be realistic targets for a very select number of clubs. Excellent players both, and if you’ve got the money, go for it – but for the purpose of this blog let’s look at some lesser known names

Very impressive. Both defensively and with the ball. The stats community wonder why this guy hasn’t got his move to a bigger club yet, this might be a good opportunity to have a closer look.

Not bad in a strong league. Not massively impressive beyond interceptions and long passing.

Monster progressive runner, huge number of passes into the box from deep, good with the ball. Defensive numbers not huge but decent in duels.

Defensively very good, awesome in duels. With the ball less so.

No surprise to see the name Busquets and some very good passing numbers. Not bad at all.

Very impressive defensive numbers, work to do in possession though evidently having some good influence in the build up (second and third assists). One to keep an eye on for the future. Only 17.

For me the most impressive options are:

Time to check the video.

Sangare has a rare combination of technical and physical attributes. There are shades of Abou Diaby in the way he glides past people and can use his sizable frame to protect the ball. He’s an excellent dribbler and he is able to use this to both keep possession and break lines. There is one clip in the below where he takes too many touches just outside his own box but generally his decision making when it comes to dribbling is very solid.

Again, he is technically proficient here. He can play progressive, passes at pace, into the feet of forward or into space and displays good technique on mid-range switches of play. At times he can see the final ball, but his execution can let him down a little bit. Though he has a very languid and relaxed-looking style, he is able to up the tempo and make one and two touch combinations with teammates.

Big, athletic frame and excellent in duels. His athleticism is displayed also in his ability to make effective recovery runs. He reads the game fairly well and times his tackles well to recover possession. He’s not bad in terms shuttling laterally to cover gaps and he’s a difficult player for opponents to dribble past, with his long legs enabling him to make tackles from awkward angles. He’s not tasked with pressing particularly and is utilised more as a midfield anchor.

He can be really effective in transition. The below demonstrates his ability to carry the ball long distances and turn defence into attack.

Technical very competent, with a consistent first touch and good general coordination with the ball. Although not a specialist dribbler, he is able to dribble to maintain possession. And given space, he is a powerful runner capable of bursting past his man.

Solid, unspectacular passer in the main. He is competent under pressure and can knock it off quickly when he needs to – he’s also able to play forward passes pretty effectively.  He doesn’t always have the execution of the final pass, but he does display a good understanding of his teammates’ movements. One aspect of his passing that was particular striking was his mid to long-range clipped passes. He has superb feel on these and his technique here is very consistent. It’s a good weapon for him, he’s able to switch play effectively and find runners in behind from deep.

Again, like Sangare, he’s a powerful boy. He’s very good in duels and is a strong, robust tackler. There’s a clip in the below that highlights his good defensive IQ – resisting the urge the charge in and ultimately making an initial block and then a second interception. Good athlete, can cover ground and change direction quickly. He’s not always positioned as the deepest midfielder but looks like he could play this role well, depending on how you want to build up from the back. Comparably to Sangare, he is probably more suited to playing in a pressing system

He’s not a Sangare style 1v1 dribbler but he’s very competent with the ball at his feet. He can evade pressure well and shows good feet in tight spaces. His use of body feints is good and he shows a bit of flair with the way he moves the ball away from defenders. You can see why his “progressive runs” numbers are off the charts, he is excellent at carrying the ball. He eats up the ground behind him and can be a big weapon in transition. Another good athlete, and importantly, his first step is quick, enabling him to burst away from opponents.

His use of ball is very, very good. He’s got range, his technique is excellent on long switches which are driven with good pace. His variety of pass is good, both feet, long and short. He shows a lot of promise in the final third, displaying good vision and ability to play the final pass. Looks effective a the base or as more of a #8

Excellent athlete. Good size (about 6”), moves well, is quick, he’s a strong boy and defensively, his agility is impressive – he’s able to twist, turn, maintain balance and stick close to opponents. There’s work to be done on this side of his game but he shows good instincts/coordination as a ball-winner. His decision making in when to try and win the ball can improve. There are two clips at the end of the below, where he is perhaps too eager to charge in and win possession.

Slightly further down the player similarity list was a 22 year old midfielder for Gremio – Matheus Henrique.

Here’s his numbers compared to other DM’s in Brazil

Woah. Gotta be worth a look.

He’s more Lucas Torreira than Fabinho when you watch the tapes but he looks an interesting player. Extremely confident dribbler and very technically clean. He has good disguise on his movements and is sharp in the first couple of steps, though he does occasionally overcomplicate and take too many touches.

Really excellent under pressure, is able to evade opponents and find his teammates. He switches the play well, and though these often find their man, he could do the receiver a favour and play them in with more pace – which would make it more difficult for defenders to shuttle across and close the gaps in wide areas. He’s able to offer a lot in the final third, displaying good vision and weight of pass.

Very tenacious and aggressive. Not a brilliant defender 1v1, but he is super-commited and shows decent instincts in sniffing out danger and recovering the ball. The final clip in the below is a good example of him 1v1. In this instance he stands up and delays the play well, it’s a little clumsy looking in the end but gets the job done. He could certainly play in a pressing system, really good engine and desire to win the ball back quickly.

The Torreira comparison is striking for me. There is something very similar in the way they play, albeit Henrique is not as good a pure defender but better on the ball. One of Torreira’s biggest weaknesses is that although sharp over the first few yards, he’s quite slow over large distances and thus doesn’t cover the gaping holes he was required to at Arsenal.

Using Metrica Play, it appears Henrqiue has less of an issue there. In the below, he reaches a speed of 28.7kmh in transition. It’s not lightning quick, but it’s decent speed.

Probably more of a #8 than a #6 overall but an interesting player nonetheless.

The 3 (+1) players recommended by the player similarity and Player iD models are as follows.

Not bad. Some good players there and another interesting case study. Who I’d recommend from that group depends on what club we are recruiting for. I have a favourite from the group for most systems, but I’ll let you make your own minds up for now!

Next blog soon and thanks as always for reading.

Check out some of the previous blogs here! http://analysisid.com/blog/

@TommyJohnson_1 @StatsBomb See you there, looking forward to it!

Metrica mascot enjoying the new merch! Who's coming to the @StatsBomb conference on Friday? Fantastic lineup. Come swing by our stand if you are and see what's new! I'm also in London for the next few days if anyone wants to catch me beforehand ✌️ https://t.co/BMa9hEa3PA

RT @MetricaSports: 🗒️ Learn how to breakdown everything that happens in the game into clips 💻🖱️ 👉 Build a timeline of events for any sport…

RT @brunodagnino: While PC is one of the most stablished models in soccer analytics, it's only used by elite clubs. You need a data science…

RT @MetricaSports: 🚨 COMING SOON! We are close from releasing Pitch Control overlay in Play!🚀 👉 Possible thanks to our ATD technology (Au…

Great role here and, in a time where these things are drawing a lot of criticism, a really good job spec I think. Very clear on what you would be doing, no over the top "essential" requirements and a very decent salary, outlined upfront 👍

Read More
Get in touch 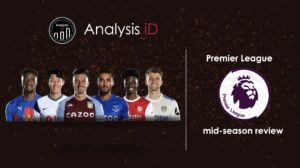 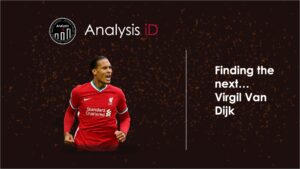 Finding the Next… Virgil Van Dijk 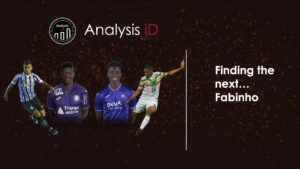 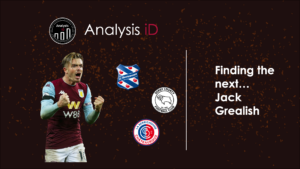 Finding the Next… Jack Grealish 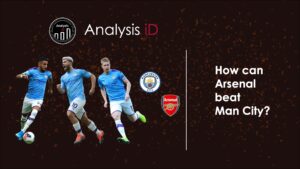 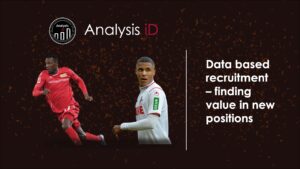 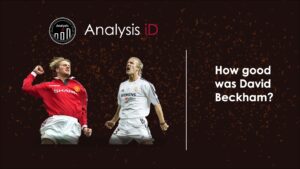 How Good was David Beckham (and could he have played another position?) 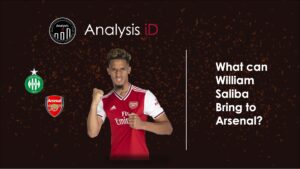 What Can William Saliba Bring to Arsenal? 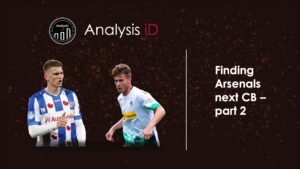 Finding Arsenal’s Next Centre Back Part 2

For any enquiries, please email: